What is SNMP? The Simple Network Management Protocol is one of the most used protocols for assisting with the management of networks and base protocols of SLAview. At first, we will give a brief introduction to the SNMP. SNMP dates back to 1988 as of RFC 1067, and with the emergence of technological necessities, it has evolved in terms of security and performance throughout several versions, reaching now its third version. It is an application layer protocol (layer 7 of the OSI model), which typically uses port 161 of UDP transport protocol.

The upside of being a layer 7 protocol lies in the abstraction of other network layers. Therefore, the network manager can control a device outside the original network. Due to the little consumption of network and processing resources, the protocol eventually disseminated, and this led to its inclusion in rather simple devices, such as printers.

SNMP helps the network manager locate unexpected issues and failures in networks. By using an SNMP manager (SLAview, for example), it is possible to visualize traffic statistics charts, the level of printer toners, CPU and memory of several devices, and even the quantity of processes executed in a device.

Apart from the SNMP manager, it is necessary that each device to be monitored has an SNMP agent. The agent will receive requests from the manager and will return the information, as shown below the structure in Figure 1. 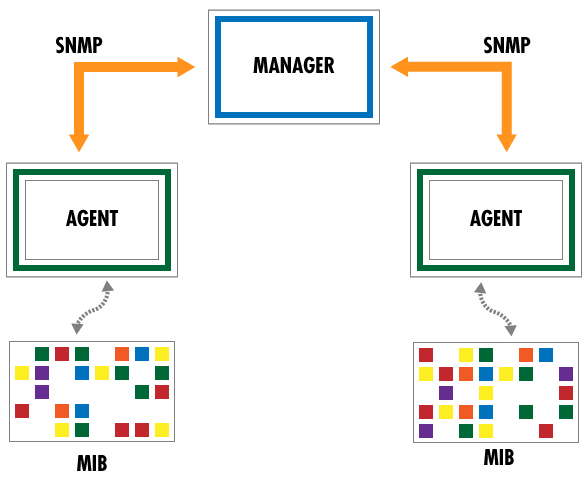 An element not yet introduced and that appears in Figure 1 is the MIB. To understand it, we must inform that an important feature of SNMP is that it does not define which data can be accessed, as it only defines how the data will be transmitted. The data which devices will keep and show will be defined in their MIBs (Management Information Base).

The MIB is a hierarchical tree divided into information types, as it follows: 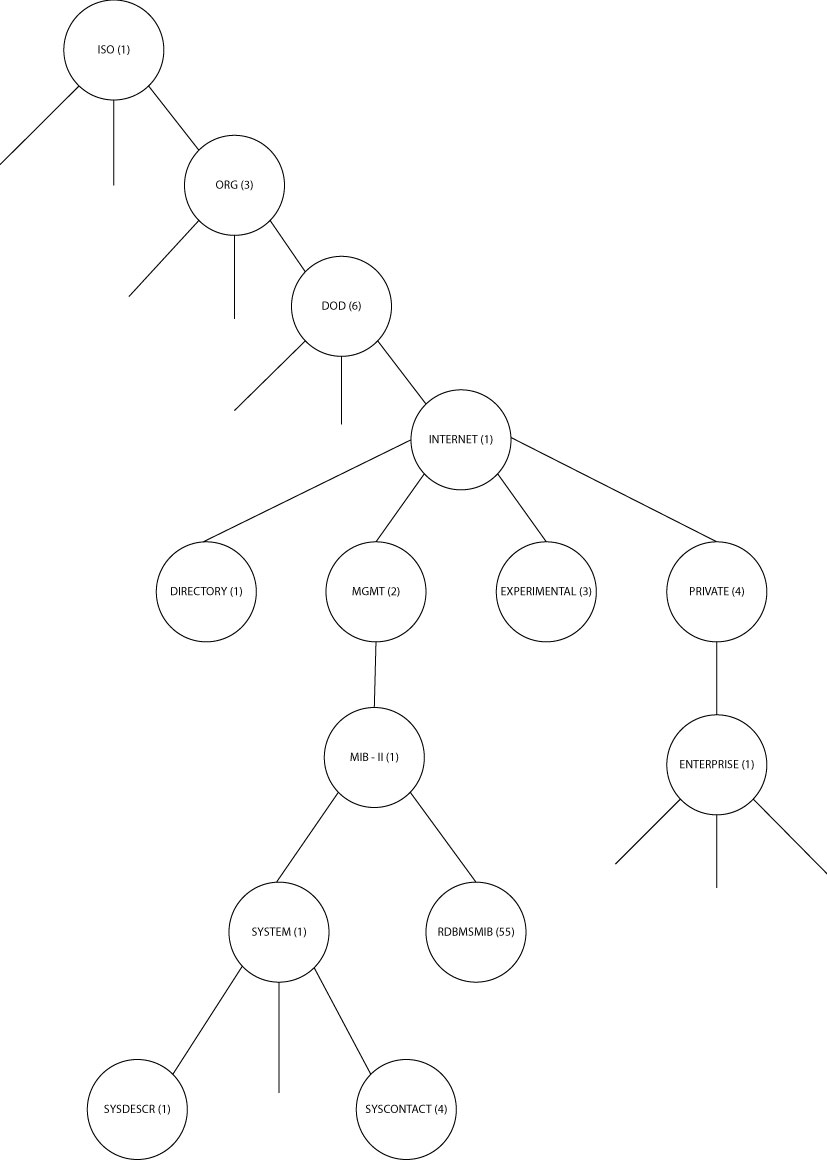 See below another example, on the MIB browser of SLAview: 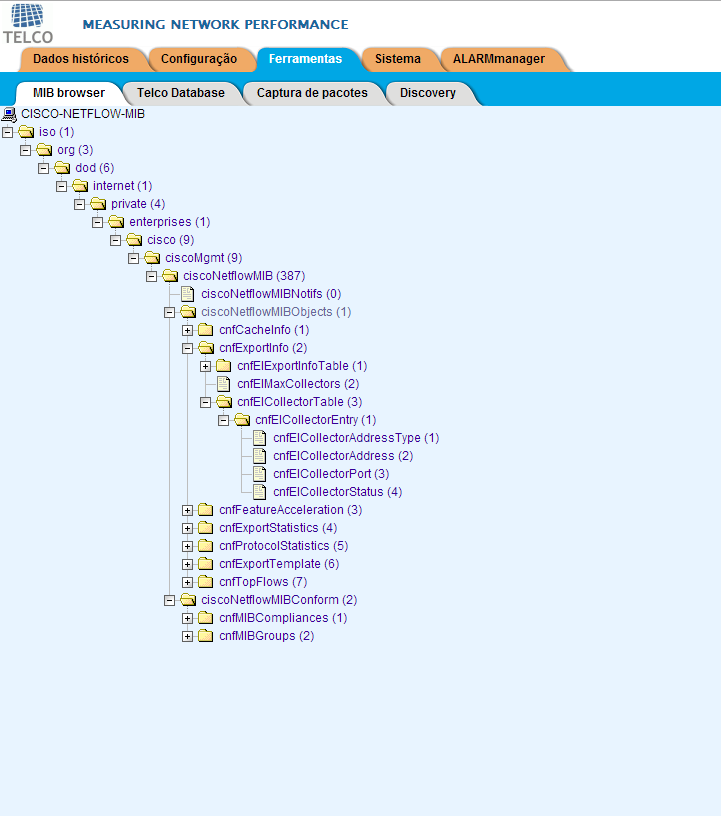 Again, about the SNMP, it has a few different types of messages that can be displayed. It is possible to display only one node of the tree, as well as the whole branch, for example. The SNMP agent can also advise managers about unpredicted events, sending warnings in the form of Traps.

In the version 2c, the most used of this protocol, the following messages can be sent:

As mentioned before, the robustness and well-definition of SNMP led to the great acceptance of the protocol by manufacturers and network managers. By using this protocol for managing networks, it is possible to speed up decision-making processes and foresee potential problems. SLAview also helps companies with managing incidents automatically and in real-time.